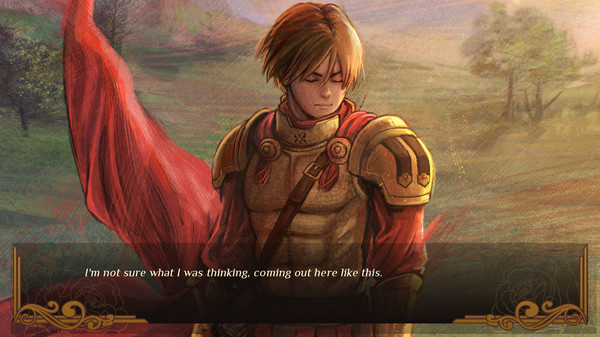 The city of Dagara is burning.

For years the rapacious legions of Raskya killed and looted their way across the land, seeking glory and the addition of new territory to their empire in the south. At last, the war seemed to be over, with Dagara conquered and made into a Raskyan province. In truth, it was only the setup for the second and final climax of bloodshed.

A traitorous Raskyan general has seized the city and plans to use it and its population as his shield to draw his rival into a final battle against him. That rival and his thousands of bloodthirsty legionaries wait outside the city walls, hammering them with siege engines and delightfully counting the days until they can kill and enslave everyone inside, citizen and soldier alike.

Amidst all this, two lovers seek to reunite. A soldier outside the walls knows his beloved is held hostage within, and that if his side wins she will die horribly in the massacre that will surely follow. He seeks to save her above all else, even working to undermine his own side to increase her chances of survival. Within the city, she receives coded messages from him, as they coordinate a plan to reunite and escape from the bloodshed together.

Viewing the siege from the changing perspective of both lovers, make decisions that will affect the outcome of the war, and whether or not you will have a future together.

Or whether you can even survive.