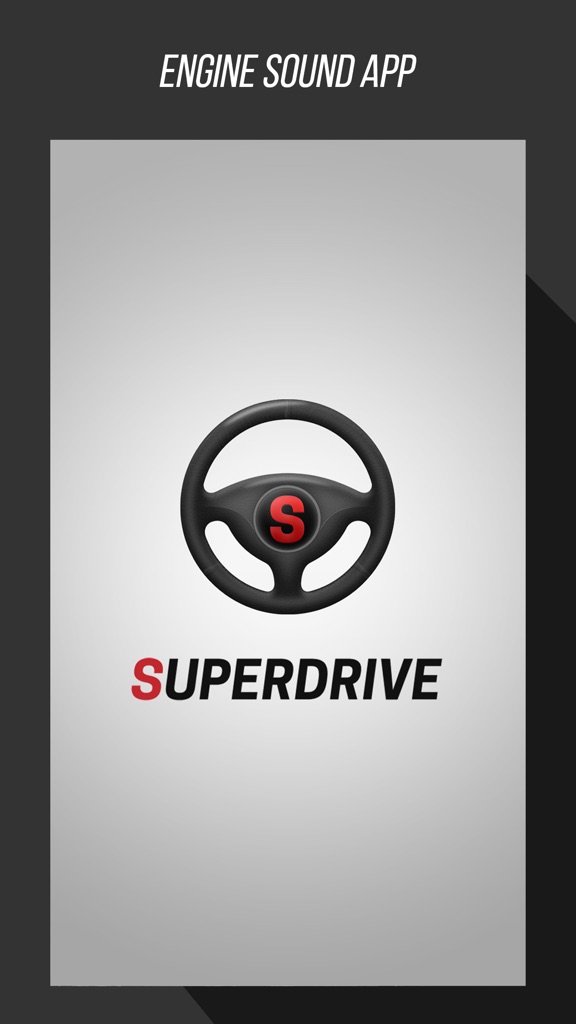 Wish you owned a supercar? Give your engine (or bike) that powerful roar with Superdrive!

Unless you’re lucky enough to own a V8 engine or Ferrari, you might feel something is missing every time you hit the gas, especially if you’re driving a Tesla!

Lose the disappointment of that wimpy engine sound coming from your average car and replace it with the sound of a beast-mode engine instead.

Real winners leave losers in a trail of dust and drown out their whining with deafening engine noises.

– Connect the app to any car stereo via aux cable or Bluetooth and make your average car sound like a Porsche.

– No distractions: You don’t need to touch your phone when you’re driving to hear the engine noises. The app tells your iPhone to play the engine noise automatically when you accelerate; it then slows down when you decelerate and stops when you brake completely.

– Doesn’t interrupt the music or radio: You can listen to your music and hear engine noises at the same time.

Note: Continued use of GPS running in the background can dramatically decrease battery life.