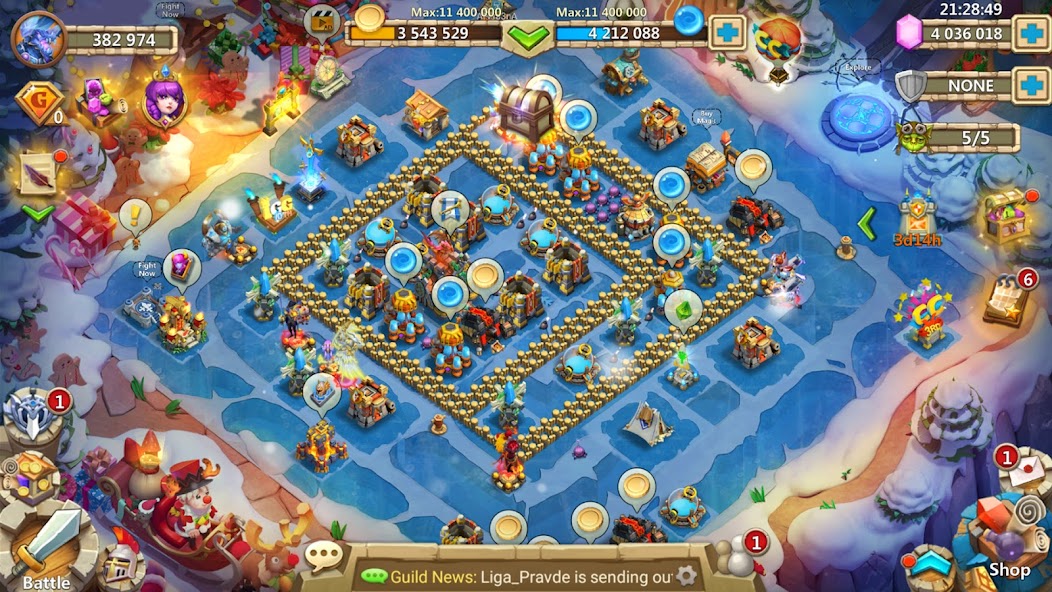 A new era has come to Castle Clash! Lords from far and wide are gathering in Narcia to compete for fame and glory! The war drums have sounded. Only the strongest will survive. Will you be the ultimate victor?

Test your mettle against lords from all over the world on a never-before-seen global stage. Compete against the strongest players for the crown of World Ruler, or lend your assistance on the battlefield to predict the outcome of battles. The choice is yours!

Packed with exciting combat and fast-paced strategy, Castle Clash is a game of epic proportions! Command mighty Heroes and summon powerful spells in your conquest. Build a magnificent empire and go down in history as the world’s greatest warlord!

Game Features:
✔ Explore the non-linear base development system and choose how you want to upgrade your base!
✔ Give your Heroes powerful new looks with enhanced Hero Skins!
✔ Enjoy seamless gameplay and jaw-dropping visual effects at your fingertips!
✔ Hire Heroes with extraordinary abilities to fight for your cause.
✔ Go head-to-head against another player in the Arena and be crowned the ultimate winner.
★ Unlock powerful Equipment for your Heroes to wield in battle.
★ Customize your Heroes and Buildings with a huge variety of Skins.
★ Earn riches and glory in Torch Battle, Fortress Feud, Guild Wars, and Narcia: War Era.
★ Team up with your friends to take on multiplayer co-op dungeons.
★ Combine forces to combat server-wide threats, including the mighty Archdemon.
★ Develop adorable Pets into powerful battle companions.
★ Challenge the Mastermind Dungeon and win Epic Heroes.
★ Who will conquer the global server? Battle your way to the top in the brand new PvP game mode, World Ruler!
Note: This game requires an internet connection.